The Best Computer Games Of All Time Ranked

Gaming has been a passion of mine since my dad bought me a Nintendo 64 way back in 1997 (Yeah, I'm pretty old!). While other kids might have been out splashing in the British rain, I was safely ensconced in a warm house, sitting on my bed, controller in hand, battling my way through the likes of GoldenEye 007, Mario Kart and San Francisco Rush 2049. Yeah. I said it. San Francisco Rush 2049! It's hard to believe that 2049 isn't that far away now!

As time went on, I graduated to the PC. I think I was the first of my friends to actually get one, it was a Gateway 2000 P5-120 desktop with a 17" monitor back in 1999. It had a DVD drive, which was VERY high tech back then as DVDs and DVD players were just starting to be introduced. Back in Britain in those days, there was a lot of fear and anxiousness over the "Millennium Bug" which I believe in the USA it was known as the Y2K Bug. (Spoiler Alert: It was a lot of fuss over nothing! Software was updated and the computer apocalypse that people stocked up on food, water and guns to protect themselves against was averted!)

Back in those apocalyptic days, PC Gaming was some of the best ever and most of these titles that I'm going to rank are PC based and come from a time when graphics and performance were still in their infancy. These games span a few genres and I'm going to rank them from worst to best, so buckle up and let me know in the comments if you agree with my rankings. Because, let's face it, you're all going to have your own.

I was never a big fan of the Goemon series, and the only thing fun about this, the fifth entry, was the title. The story follows Goemon's struggles to prevent the Peach Mountain Shoguns gang from turning Japan into a Westernized fine arts theater.

When Legend of Zelda: Ocarina of Time was released, the critics and players raved about it. I just couldn't get into it. It'll get me savaged in the comments but Zelda never appealed to me at all. Maybe I need to sit down and play it again?

You're about ready to kill me now, aren't you? I played Super Mario 64 and found it unutterably boring to play. Mario Kart 64 was absolutely better and you all know it! 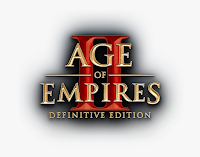 Oh look! It's a PC game! I actually enjoyed a lot of Age Of Empires II when I first played it! Strategy games, I have to be in the mood for but when I am, Age of Empires II hits the spot.

Okay, when I first played this game back on my old Gateway 2000 I thought it was the best game I'd ever. It also made me anxious AF! The plot: You are a British spy in wartime London, who, at the moment of death when a bomb hits your flat, is sent back in time to the RMS Titanic and must complete a mission you failed. If you succeed, you prevent World War I, the Russian Revolution, and World War II. Quite an undertaking, right?? The best thing other than the story is you can explore the ship and solve puzzles and interact with passengers and crew. The only thing you can't do is change the course of the Titanic and REALLY mess with time.

Some of the best racing to ever come out of the N64 was Mario Kart. I was someone who enjoyed leaving a perfectly placed banana peel and watching my competitors spin out and get frustrated. Also, the voice clips were top notch! Especially Wario's laugh, which I say is like Erica's laugh.

Possibly the best game ever produced for the N64 in terms of first person shooter. GoldenEye 007 was a rather faithful adaptation of the 1995 Bond film and the levels were suitably challenging and we all loved driving the tank in 'Streets' mission but what really blew this game up was the multiplayer option! I was BRILLIANT at death match! 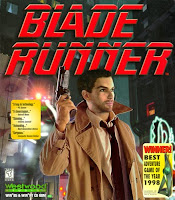 This point and click adventure game serves as a companion to the 1982 film of the same name and let me tell you, it is wonderful. You take on the role of Detective Ray McCoy, investigating reports of replicants on earth. Like Titanic: Adventure Out Of Time, it features a multitude of endings considering the paths you take in game. 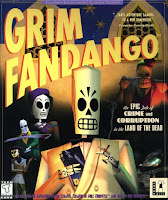 When I first played this, the voice acting drew me in. Originally developed by Lucas Arts in 1997, Grim Fandango tells the tale of Manuel 'Manny' Calavera, a travel agent looking to work off his time in the Land of the Dead helping fellow recently deceased people travel on through to the Ninth Underworld. When he comes across a seemingly virtuous client, Mercedes 'Meche' Colomar, who should qualify for the best travel package but doesn't, things start to unravel for Manny and adventure ensues. The story, the humour, the characters, the soundtrack make this game one of the greatest games of all time. If you haven't checked it out, head on over to Steam and download the remastered version released in 2015. You won't regret it! 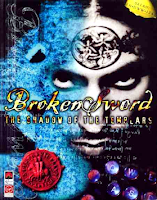 Another gem of a game. Another point and click adventure. I'm going to include the entire series in this one as I love them all equally (Maybe 1,2 and 5 more-so though!) and George and Nico are the perfect companions to have on an adventure. Also, the goat is coming along too. Yeah. This game is a classic in the genre and the Director's Cut, released in 2010, makes for an enjoyable experience! 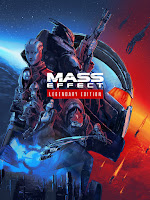 Here it is, Number One. The Mass Effect series. I included the Legendary Edition of this because it includes the trilogy. Now, there's plenty who have their favourite entry (It's probably Mass Effect 2 for you, isn't it??) my personal pick is all three. Yes, even 3, which is a heartbreaking coda to a fantastic series! No spoilers here for those who want to play it. We all got very invested in Commander Shepard and his team over the course of the games and if you haven't, then perhaps it's time! After the lacklustre appeal of Mass Effect: Andromeda, Bioware decided to shelve the franchise but the fans wanted more and there is a new Mass Effect, dubbed 'Mass Effect 4' in the works!

So, in conclusion, it's pretty clear that these games are widely considered to be the best out there. I know there's going to be some complaining that I left off Red Dead Redemption 2 or something else, but I'm just giving you my personal picks as of time of writing. Down the line, I could be obsessing over a whole different bunch of games!

Leave your rankings in the comments! Tell me which games I should check out!