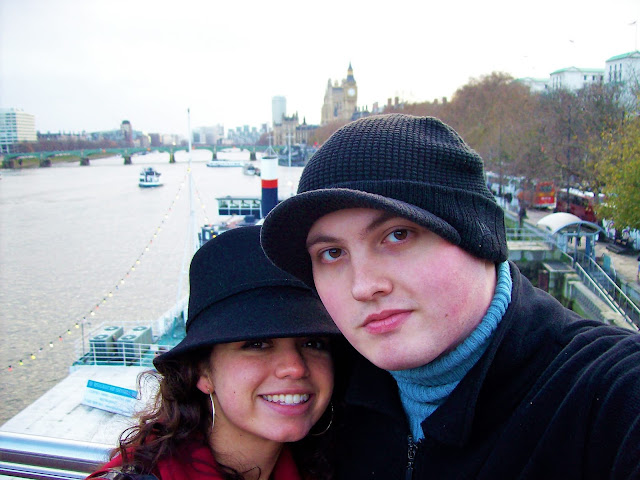 Hello, internet!  We're Dominic and Erica Williams and we're the husband and wife team behind the Tea and a Butty podcast.

So, who are we and how did we meet?

Dominic was born and raised in the United Kingdom, and has a wide array of interests ranging from music of the 1960s, British comedy, travel, science fiction, pop culture, and more.  In addition, he is a self-taught musician and freelance writer.  I (Erica) was born and raised in Texas and have a BA in English (with an emphasis on Professional Writing) and a minor in Journalism.  Like Dominic, I also have a keen interest in music from the 1960s, but I'm also very interested in genealogy, creative writing, travel, fashion, and more. 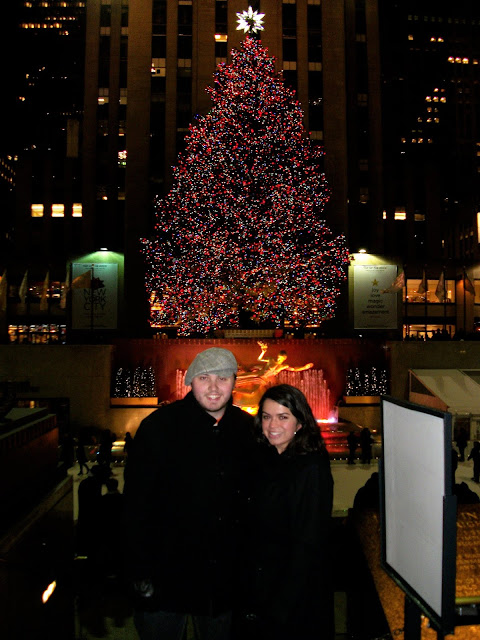 We met way back in the days of MySpace.  Yes, we're that old.  We had the Beatles as a common obsession and through our love for those lads from Liverpool, we developed a relationship.  It was a long distance one, however, what with him being in the UK and me being in America, but hey, all you need is love.  After we'd been talking every day for about a year, I traveled to Britain to visit the birthplace of the Beatles, and also, you know, to meet Dominic.  We hit it off and the rest is history. 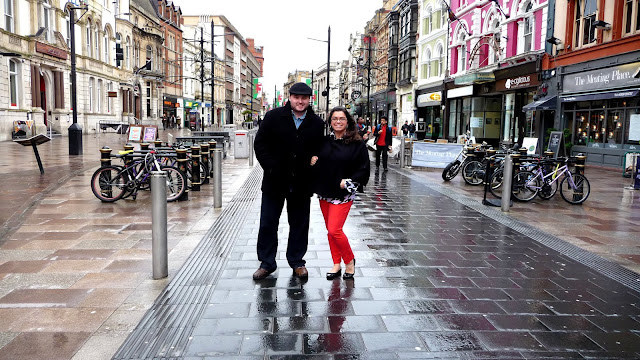 After traveling back and forth to see each other, we were married about three years later in 2010.  Since then we've done a bit more traveling (though not nearly enough in my opinion) and, though we both love the UK, we currently live in Texas.  After years of doing this and that, and having billions of conversations with each other, and family members, about how Britain and America are different and the same, it finally dawned on us that perhaps others might enjoy our ramblings on the subject.

Which brings us here.  To this podcast.  More than 10 years after Dominic and I first met.  (Hey, no one ever accused us of jumping into anything!)  And over 10 years of personal experience in the ways Britain and America differ, just means we know that much more about what we're talking.

So, what can you expect from our podcasts?

Lots and lots of fun!

First and foremost, we aim to entertain and inform.  On our podcasts we'll discuss the differences and similarities in British and American food, language, television, music, and more.  In addition, we'll also talk about our own personal experiences in visiting Britain for the first time, traveling around the country, and moving to the United States from the United Kingdom and what life is like living in the U.S. as an expat.  We'll also discuss the Royal Family and current events and pop culture, and anything else we think of along the way.

We also have lots of other projects we're working on.  For instance, here on our website you can find a link to our Amazon Shop where we have tons of lists of our favorite British snacks and items (eventually we may list some of our American favorites as well!).  On our site, you can also find a link to our Patreon page, where you can discover a world of exclusive, patron-only content and goodies!  In addition, Dominic also has a bi-monthly blog series where he talks about life in America from a British perspective.

Here on our website you can also find links to our various social media sites like Instagram, where we actively post photos and do stories with polls and questions.  On our Facebook group you can find various discussions related to our podcast topics.  We even have a YouTube channel that we'll hopefully be doing more on over time.  In short, we're all over social media!  Feel free to stalk us!

We've got a lot to talk about, so put the kettle on and join us for Tea and a Butty!
Email ThisBlogThis!Share to TwitterShare to FacebookShare to Pinterest
Home
Subscribe to: Posts (Atom)