Living In America: Is The US Media Tailored For An American Audience? 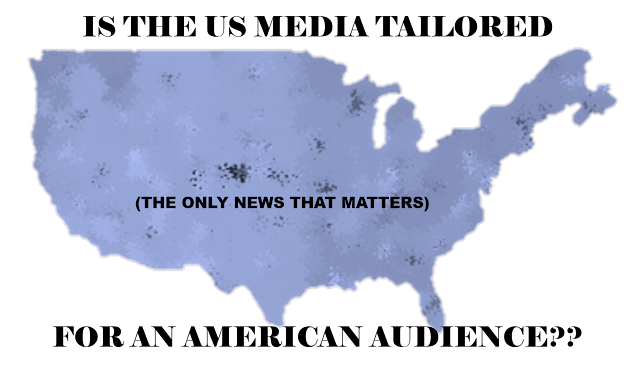 After living here for ten years and watching the news, you begin to see how news outlets are portraying stories. Almost every news item is a domestic concern and doesn't really cover world events unless they deem it of interest to the American public. For example, the Royal Family is deemed of interest to the American public but a story from an African country might not be.

When questioned about this, some spokespersons have claimed the news is "tailored for an American audience". What that means is that there's stuff they don't tell Americans because they feel Americans don't care. Which is very true in some respects. The old adage of "It doesn't affect me so why should I care?" is very much alive in the USA and other western countries. Indeed, some people might say it is what led to the current state of politics.  It's not so much "Fake News" as it is "No News".

What are your thoughts? Are you someone who believes the media tailors the news to what THEY think you should know about what's going on? Do you care enough about stuff that goes on outside of your state/city/street/house?